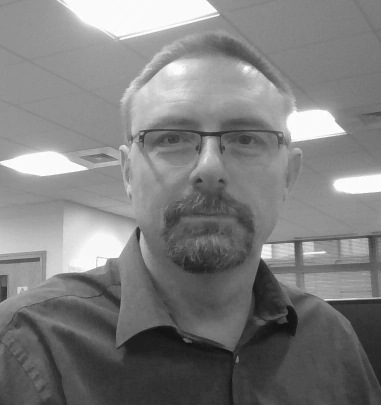 Brian has been developing software for more years than he will admit to. A geek at heart he loves new tech and is a source of bad jokes (much to the dismay of his colleagues).

Let me tell you a story…

I’ll hold my hands up now and admit it - it isn’t a good story. In fact, when anyone asks me about it, I’ll often suggest telling them at the pub, once they’ve had a drink or two. But bear with me.

A fair few years ago we went through a switch from our traditional department structure into Agile teams. This involved a pretty big desk move as the team members from different departments would now sit together.

As part of this shake up we were shown a set of colour swatches for the divider material and each team got to choose their colour. In these situations, colours can’t be referred to by their simple name. Instead they’re called “Lemon Punch”, or “Enchanted Eden” (as opposed to the alternative of “70% dark blue”).

And for us, our downfall was “Tortuga” - the most horrendous shade of orange you’ve ever seen. But it wasn’t about the colour, it was the fact it was the pirate port made famous in Disney’s Pirates of the Caribbean.

And that was it. We were no longer just the “spreadsheet team”, we were:

Are you still with me? I told you it wasn’t a good story, but it’s what happened afterwards that I find interesting.

If you read Stephanie Ockerman’s article on Scrum Mastery: 5 Steps to Grow a Strong Team Identity, she highlights these five steps:

In our case, we went a step further - we became the Spreadsheet Pirates**.

It started with cheap cardboard pirate hats - the whole team would wear them during stand-up, and that progressed to just random days (“Aarr, I feel like being a pirate today, who’s with me?”). And colleagues would be walking by, stop, double-take, and ask what was going on? Our identity was beginning to grow.

And this was just the start…

And here’s the thing. We were no longer “just another engineering team” - people inside the company referred to us as the pirates (we even got a shout-out at our user conference) and our stickers were becoming a currency. Rather than being goofy, this team identity made us recognisable - we were a brand. Joining the team became desirable rather than scary. New members were welcomed to the team with a “pirate pack” of hat & stickers, and their first task was to create their own pirate avatar.

I know this all sounds a little corny, but we’ve all had those days when it’s all rubbish, nothing goes right and you just slump at your desk. But you know what, being able to put on your pirate hat, turn around to your shipmate and say “shiver me timbers!” is a surprisingly good pick me up.

Doing this might just make those other 5 steps a little easier.

** we never did get those orange dividers, but nearly 5 years ago we got a 5ft by 3ft Jolly Roger flag that is still pinned up in the office today 🏴‍☠️